Out of Great Tragedy Can Come Blessings! 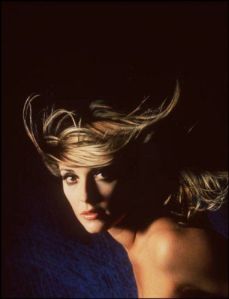 August 9 marks the 44th anniversary of the passing of beloved 60’s actress, Sharon Tate. By all accounts, she was a remarkably beautiful, kind, and down-to-earth person. She was also a talented and bright rising star as well as an expectant mother. She was a popular model in the 60’s because of her outstanding beauty. She never had a bad word to say about anybody. Everyone who knew her loved her because of her kindness and sweetness. Mia Farrow said she was as “sweet and pure a human being as I have ever known”, while Patty Duke remembered her as “a gentle, gentle creature. I was crazy about her, and I don’t know anyone who wasn’t”.

Roman Polanski has stated that he still remembers her and the time that they were together as the happiest in his life. He said she always carefully packed his suitcase and whenever he travels he always remembers that.

I became a fan of hers in 1967 when I saw her performance in Valley Of The Dolls. She stood out from all of the others in the movie not just because of her beauty, but something within her made me admire her.

It is a huge disservice to Sharon’s legacy that she is often remembered for the wrong reasons. Sharon Tate was so much more than just a murder victim. I believe that a greater emphasis should be placed on the amazing life that she led during her all too brief time on Earth rather than focusing solely on her tragic death.

She was nominated for a Golden Globe Award as “New Star of the Year 1967 – Actress” for her Valley of the Dolls performance. She placed fourth behind Mia Farrow, Judy Geeson and Katharine Houghton for a “Golden Laurel” award as the year’s “Most Promising Newcomer” with the results published in the Motion Picture Exhibitor magazine. She was also runner-up to Lynn Redgrave in the Motion Picture Herald’s poll for “The Star of Tomorrow”, in which box-office drawing power was the main criterion for inclusion on the list. These results indicated that her career was beginning to accelerate and for her next film, she negotiated a fee of $150,000 period

At the time of this tragic murder the media blamed the victims for their death because they were considered hippies and drug addicts.

“In death, they made a monster out of her. A monster out of the sweetest, most innocent, lovable human being. She was kindness itself to everybody and everything around her — people, animals, everything. She just didn’t have a bad bone in her body. She was a unique person. It’s difficult to describe her character. She was just utterly good, the kindest human being I’ve ever met, with an extreme patience. To live with me was proof of her patience, because to be near me must be an ordeal. She never had a bad temper, she was never moody. She enjoyed being a wife. The press and the public knew of her physical beauty, but she also had a beautiful soul, and this is something that only her friends knew about.”- Roman Polanski

Sharon’s mother Doris Tate went into deep mourning for many years over the loss of her precious daughter. She was shaken out of her mourning when she was notified that some of the murderers were up for parole. She became a strong force testifying at parole hearings for the murderers of her daughter, making sure that they serve their sentences for the crimes they committed.

For the rest of her life, she strongly campaigned against the parole of each of the Manson killers, and worked closely with other victims of violent crime. Several times, she confronted Charles Watson at parole hearings, explaining, “I feel that Sharon has to be represented in that hearing room. If they’re (the killers) pleading for their lives, then I have to be there representing her.” She addressed Watson directly during her victim impact statement in 1984: “What mercy, sir, did you show my daughter when she was begging for her life? What mercy did you show my daughter when she said, ‘Give me two weeks to have my baby and then you can kill me’. When will Sharon come up for parole? Will these seven victims and possibly more walk out of their graves if you get paroled? You cannot be trusted.”

In 1992, President George Bush recognized Doris Tate as one of his “thousand points of light” for her volunteer work on behalf of victims’ rights.

Because of Doris Tate the Victims Right Program was formed and this has gone on to help millions of people who have been victims of violent crimes. She worked to raise public awareness about the United States corrections system and was influential in the amendment of California laws relating to the victims of violent crime Doris passed on in 1992, but her family has kept her legacy going by founding the Doris Tate Victims’ Rights Foundation.

Sharon Tate’s biographer, Greg King, holds a view often expressed by members of the Tate family, writing in Sharon Tate and the Manson Murders (2000): “Sharon’s real legacy lies not in her movies or in her television work. The very fact that, today, victims or their families in California are able to sit before those convicted of a crime and have a voice in the sentencing at trials or at parole hearings, is largely due to the work of Doris [and Patti] Tate. Their years of devotion to Sharon’s memory and dedication to victims’ rights… have helped transform Sharon from mere victim, [and] restore a human face to one of the twentieth century’s most infamous crimes.”

Out of this deep tragedy there has been a blessing prior to this tragedy there was no support for crime victims. Sharon’s life had great meaning and her death has helped millions.

Her spirit is at peace. I have connected with her spiritually and she does not continue to walk on the earth plane as a tragic ghost. The sightings that have been reported have been spirits that mimic her and what occurred. Sharon, along with her deceased loved ones, work spiritually to help those who have gone through great tragedies.

Sharon you will always live on in the hearts of your loved ones and devoted fans. Gone, but never forgotten. Here is a lovely video tribute to her.