Beneath the Power of the Moon, we sit in the Silence of Being and Hold the Light Our Souls Know so Well. Take advantage of the spiritual blessings that are pouring out at this time.

The full moon is on June 28, 2018 in Capricorn.  This is commonly called the Strawberry Moon – This name was universal to every Algonquin tribe because the relatively short season for harvesting strawberries comes each year during the month of June . . . so the full Moon that occurs during that month was christened for the strawberry! However, in Europe they called it the Rose Moon because strawberries are not as common.

Remembering and Honoring Michael Jackson 9 Years after His Passing.

It’s hard to believe it’s been 9 years since Michael Jackson passed on June 25, 2009. True legends never die and Michael Jackson will always be remembered as one of the greatest entertainers ever.

Michael’s style was unique and totally original. From the time he became famous as a child it was evident that there was something different about this young boy. As he grew and became an adult he proved what a remarkable artist he was with his dynamic album “Thriller.” His dancing was magical and there was no way you could not take your eyes off of him when he performed. He knew how to captivate an audience.

His charitable work was a constant love of his. When he was alive he gave to more charities than any other entertainer at that time. He had great empathy for those that were suffering in this world. He understood suffering…

An Upgrade to Our Human and Light Systems! This year, the summer solstice will take place on Thursday, June 21, 2018

The summer solstice is a time to celebrate the ending of the waxing year and the beginning of the waning year, in preparation for the harvest to come. Midsummer is when all may absorb the Sun’s warming rays and it is a celebration of fertility, not only for humans, but also for crops, animals and all beings.

Welcoming in the Summer Solstice I’m taking 15% Off My Two Most Popular Readings.  This discount is good from now till June 22, 2018. Act Now! 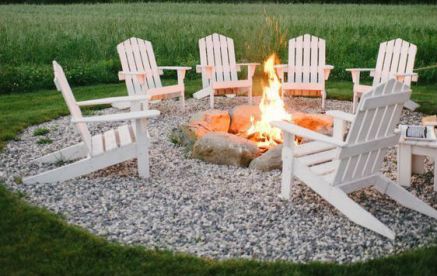 Join the Solstice Spirit Circle – Wednesday, June 20th 8:00 PM- 9:30pm EST this is a spiritual development group.  Come to work on your own gifts in a group-like setting with an experienced Spiritual Advisor.

What we will be doing in this Solstice Spirit Circle is Reconnecting to your instincts, returning home, and developing a more meaningful relationship with pets/power animals.

This event will be done by telephone conference.  If you are ready to take the next step forward in your spiritual growth this is the perfect time to do it.  I am limiting the amount of people in the group so that we can have a closer connection.

The cost for this one night event is discounted to $50.00.  You will receive a recording of the live conference emailed to you afterwards.

When I was a boy of fourteen, my father was so ignorant I could hardly stand to have the old man around. But when I got to be twenty-one, I was astonished at how much he had learned in seven years. ~Mark Twain, “Old Times on the Mississippi” Atlantic Monthly, 1874

Fathers are the biggest source of strength for a child. The innocent eyes of a child perceive father as the all-powerful, most knowledge, truly affectionate and the most important person in the family. For daughters, fathers are the first men they adore and fall in love with. While for sons their fathers are the strongest person they know and someone they aspire to emulate. Even for the grownups fathers are someone whom they look up to for the most experienced and honest advice that is always in the best of our interest. For this great figure in our life… 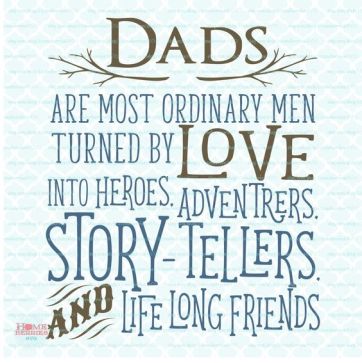 Happy Father’s Day to all the dads, step-dads, granddads, and father figures. Thanks for all that you do! Enjoy your day!

I was one of the lucky girls that had a dad that was always there for me no matter what…and I miss him every day of my life. I know he is watching over me 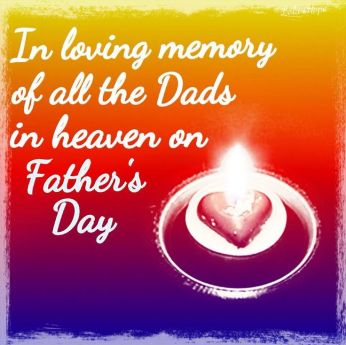 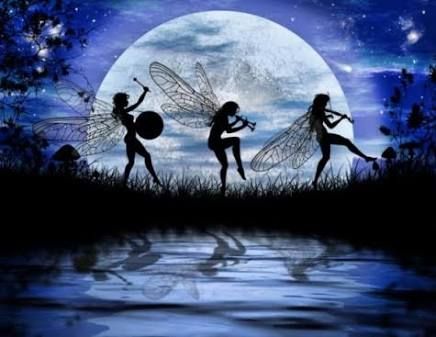 The New Moon on Wednesday June 13, 2018 in Gemini is bringing good fortune into your life.  So look for situations to turn into positive and with that happiness follows. A New Moon is a good time to set new goals so this is an especially good new moon to start a new project. The stars in particular give the skills needed to do well in business. A new moon symbolizes new beginnings when you look at old goals and set new ones. It is a good time to contemplate upon your life. The meaning of a new moon is the opportunity to start anew and refresh your dreams and desires. It is a time of magic! Did you set New Year’s Resolutions that may need a little boost to them by now? Have any of your goals gone from bright to dim? Now is the time to support them with the new moon energy and its significance and symbolism.

It is important to pull our energy inward, to be the brightest lights we can, to show the greatest love we can. We hope the light we shine will catch others alight.

Johnny Depp makes it to 55 Years!

June 09, 2018 Johnny Depp turns 55 years old. Johnny proves that good things do get better with age! He has been a part of our culture for so long and he inspires and motivates many people. I send out best wishes and blessings to him on his birthday. I hope that he has a wonderful day with family and friends, and lives a long time so that he continues to delight and entertain us.

Johnny is a fine actor who always surprises me with his performances. I hope someday he makes a CD of his own music. He is a fine musician who accidentally fell in to acting. Some people do not realize that he came to Los Angeles to be a rock star. He was destined for fame one way or another and it came to him through acting.

Worldwide this man is loved and there has to be something beautiful inside of his soul to attract so much love. He definitely has the key to touch the hearts of so many. He is quite a remarkable actor, musician, and seems like a nice man who has learned a lot of spiritual truth. His role choices are often quirky and he brings to each one uniqueness and strength quite unmatched by the majority of movie ’stars’.

I know that I have Johnny Depp Obsessive Compulsive Disorder. This infection started for me around 1993 and has progressed over the years. The first movie that really caught my attention was “What’s Eating Gilbert Grape.” I knew after seeing that movie that there was a lot more to Johnny Depp then just being a pretty boy. Over the years he has proven what a fine actor he is. The diversity of roles that he chooses is astounding. I’m sure each one of you has a favorite movie or character that he has played. Please share your thoughts about Johnny Depp in honor of his birthday.

Over the last three years there has been a tremendous change in Johnny.  I pray for this man because I see someone who is having an internal battle.  His drinking has increased and he just doesn’t look like a happy man anymore.

Some of the choices he has made in his life has reflected his instability.  I am not judging him, I just see someone going through a very hard time and I feel that he has no one who really tells him what he should be doing to improve his life.

I pray that this year Johnny finds inner peace and happiness.