What does Memorial Day mean to you?

Memorial Day is not about picnics and barbecues. It is about showing respect to those who have fought and the many that died for our country. What ever you do this weekend take time to pause and give thanks for all that you have due to the sacrifice of many men and women.

I wanted to take a minute and share with everyone the significance of Memorial Day to me and, I believe, to all of us.

On Memorial Day, we take time to remember all of the soldiers that died so that we can have our freedom.

My father fought in World War Two and his total platoon was killed by the Japanese and he survived because he played dead even though he was shot many times. My father received the Purple Heart, and the Silver Star. I always think of him on Memorial Day.

So this holiday is very important to me as I remember what my father went through for me and for others.

I also think of all the young man that I went to school with who went to Vietnam. Some returned and some did not.

I find it incredibly sad how our veterans are not being taken care of by the government that they served. Friends, let me ask you a question, when was the last time you saw a VET on the street corner in a wheel chair? Twelve % of the Homeless Population consists of Veterans, roughly 67,000 people. Now, how can this government send money to other countries while ignoring these Vets? How can they say they care while ignoring these very Vets that are on the streets? America, wake up. 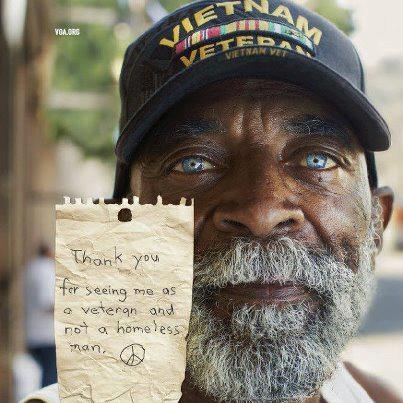 Blessings to all who have served and are serving America,
Cherokee Billie

Memorial Day they who for their country die shall fill an honored grave, for glory lights the soldier’s tomb, and beauty weeps the brave.” – Joseph Drake

“A hero is someone who has given his or her life to something bigger than oneself.” – Joseph Campbell

“Show me a hero and I will write you a tragedy.” F. Scott Fitzgerald

They hover as a cloud of witnesses above this Nation. -Henry Ward Beecher

Who kept the faith and fought the fight; The glory theirs, the duty ours. -Wallace Bruce

The patriot’s blood is the seed of Freedom’s tree. -Thomas Campbell

The legacy of heroes is the memory of a great name and the inheritance of a great example. – Benjamin Disraeli

Each man is a hero and an oracle to somebody. -Ralph Waldo Emerson

But the freedom that they fought for, and the country grand they wrought for,

Is their monument to-day, and for aye. -Thomas Dunn English

For love of country they accepted death… -James A. Garfield

The greatest glory of a free-born people is to transmit that freedom to their children. -William Havard

For death is no more than a turning of us over from time to eternity. -William Penn

On thy grave the rain shall fall from the eyes of a mighty nation! -Thomas William Parsons

The brave die never, though they sleep in dust: Their courage nerves a thousand living men. -Minot J. Savage

We come, not to mourn our dead soldiers, but to praise them. -Francis A. Walker

If you have any thoughts you want to share about Memorial Day, please share them with us here.

Asperger Syndrome – It Gets Better

An interview with Pain: Part 1

Comments on: "What does Memorial Day mean to you?" (3)